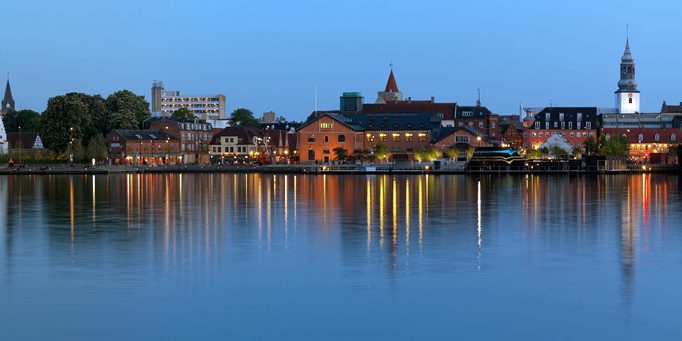 With the freezing temperatures (-14°C and with wind chill temps going down to low -20s )  and oncoming of winter, how can the vacation time be left far behind ? Tomorrow we plan to go for a week long vacation to  Aalborg, Denmark to visit my father there.

Aalborg is the fourth largest city in Denmark after Copenhagen, Aarhus, and Odense. The earliest settlements date back to around 700 AD. It was historically  an important harbour during the Middle Ages, and an industrial centre later. Today the city is in a transition from a working-class, industrial city to a knowledge-based one.

To go there we would be taking the E45 European route which is the longest north-south European route (4920 km connecting Italy to Finland via Austria, Germany, Denmark and  Sweden). We would be travelling  about 25% of the route from south of Germany( Munich) to north of Denmark (Aalborg).

While in Denmark we also plan to go to Copenhagen for a trip and take the E20 European route ( running west-east from Ireland to Russia) over the Great Belt Bridge (suspension bridge).

We definitely hope to have a lot of fun on the trip.