How is everything a “celebration” in India 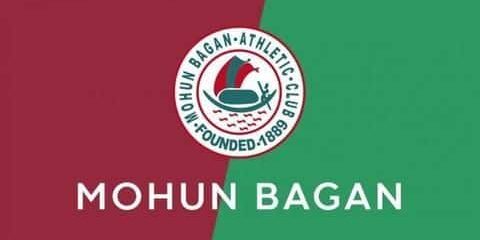 My laptop was really getting slow and needed a format. Browsing through the drives I suddenly came across some pictures which brought back some nice memories and also the reason for this blog. The idea is how everything is “celebrated” in India and specifically Kolkata from where I come from.

This was a football match between MohunBagan and EastBengal in Saltlake stadium (  or The Yuba Bharti Krirangan which is the largest stadium in Asia and was formally inaugurated in January ,1984. It has a capacity of 1,20,000 spectators  ).

Now if you follow Indian football and specifically West Bengal football you would know what that means . Its like Germany vs France  in European League or in cricket India vs Pakistan. It does not matter what stage of the game it is , it matters who wins “this” game.

Now I and almost every one in my family who understands even a bit of football is definietly a MohunBagan fan. So here is some glimpse of the celebration on the match that Mohunbagan won 🙂 against East Bengal and Baichung what a performance. 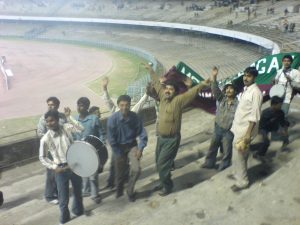 What is worth seeing is people really dancing and playing drums (like Durga Puja) after the match inside the stadium.

The downside was I was wearing a brand new white T-shirt. After the game as police lathicharged some followers they ran through us and the tea which we were drinking to celebrate the occasion was all on my dress :(. That was the end of that T-shirt.

Nevertheless a nice memory I wanted to share with others.